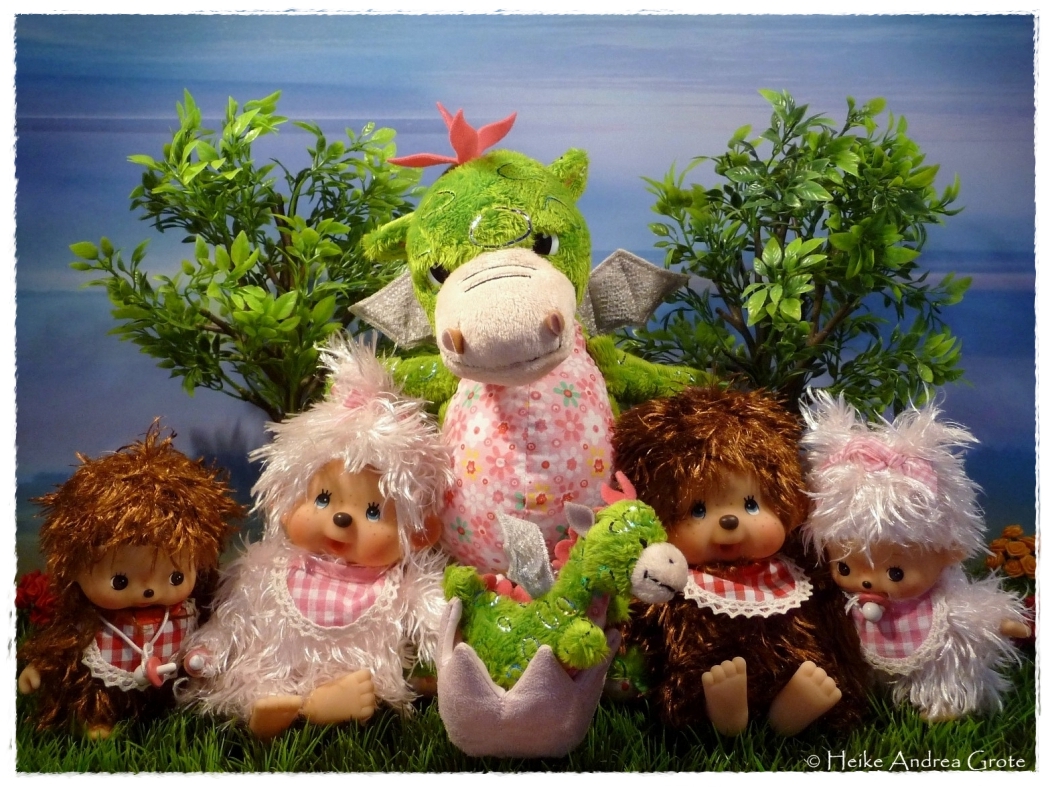 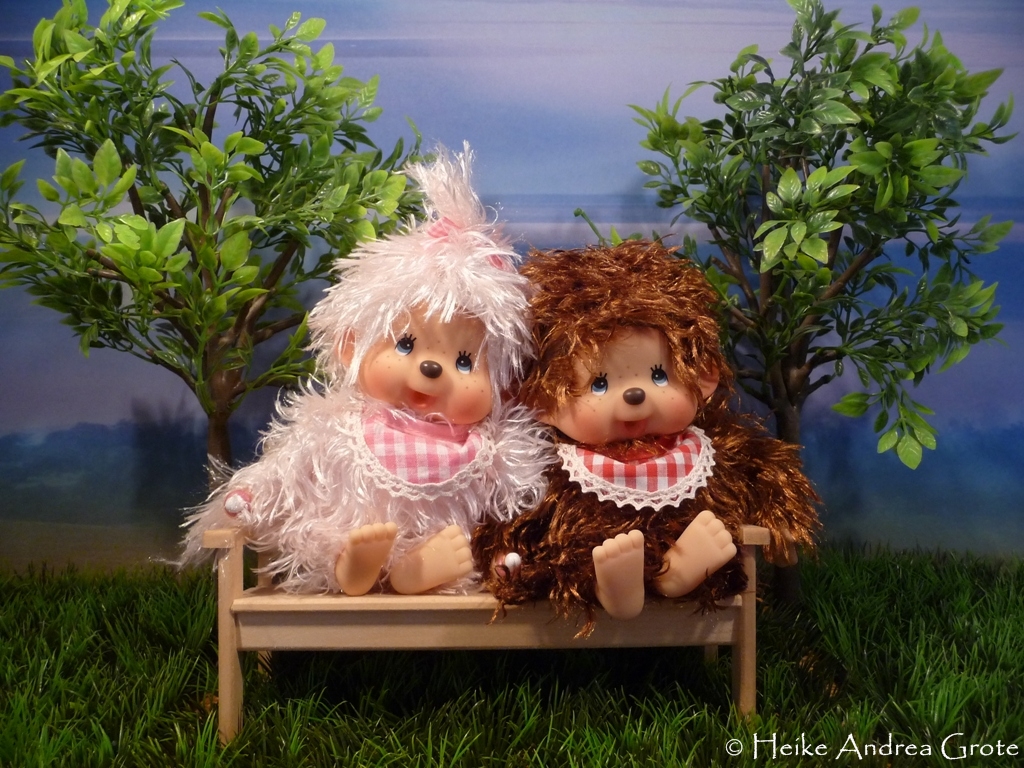 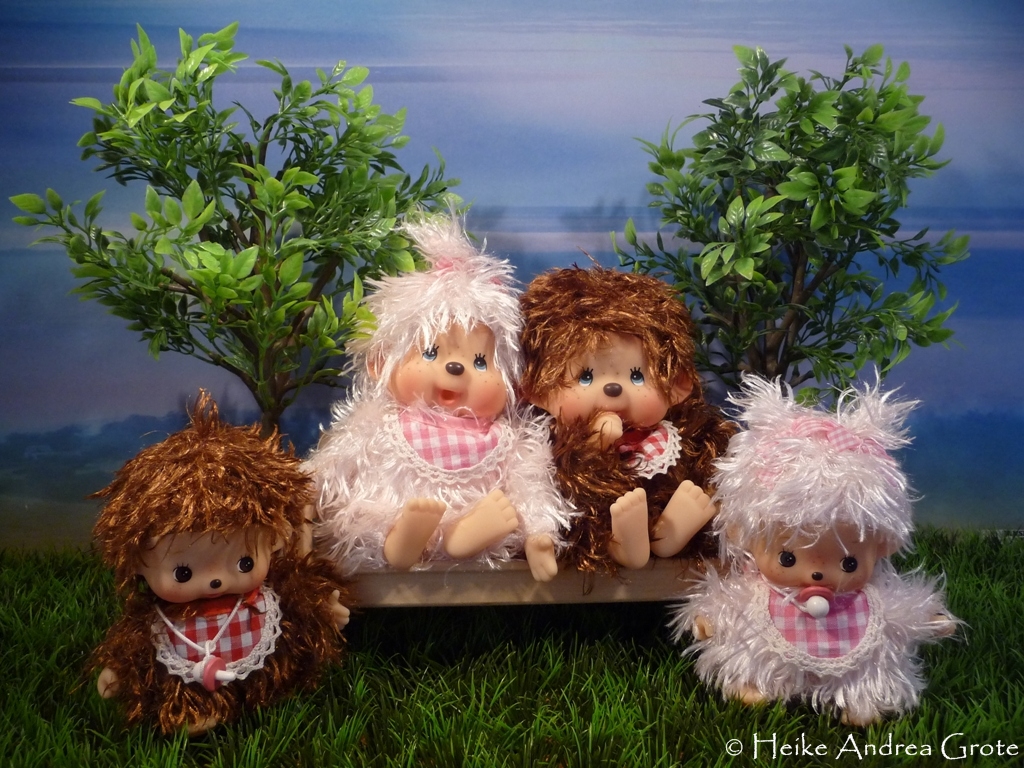 ...we did a photo session for our family album. 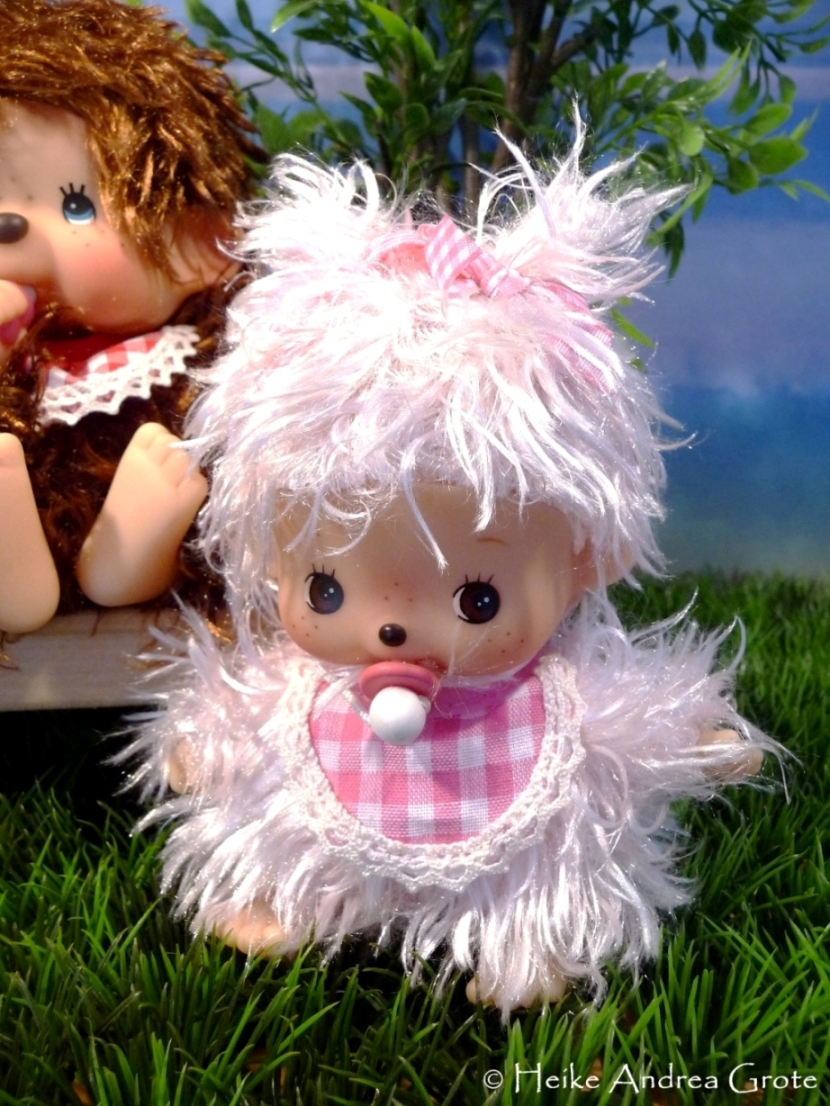 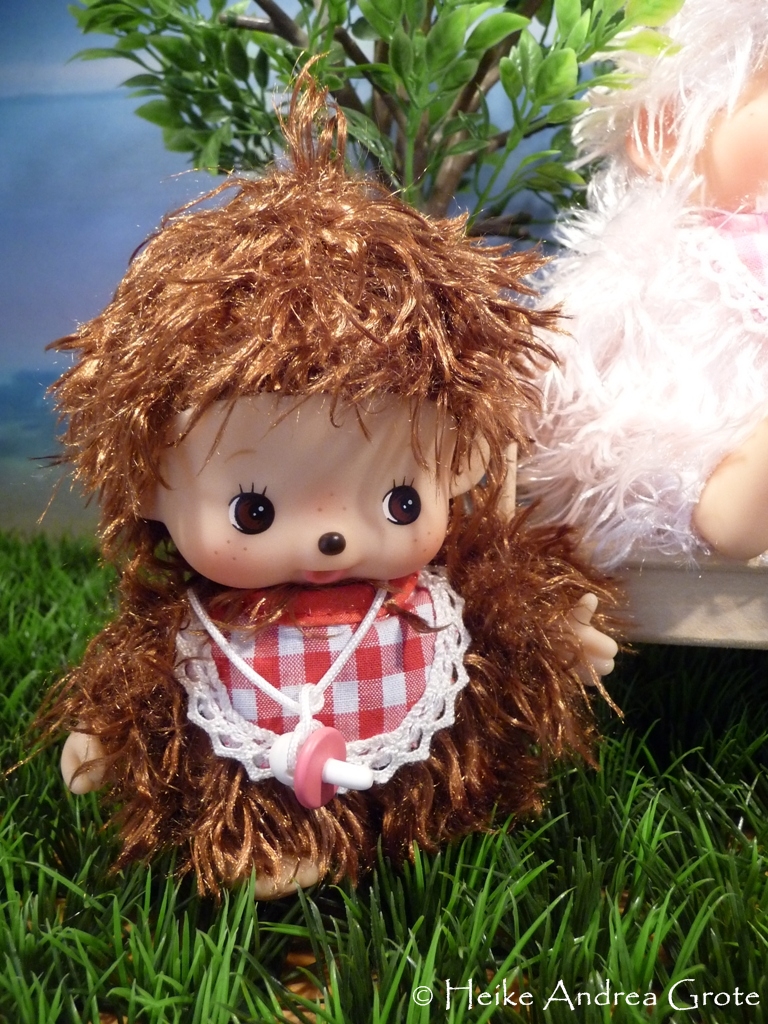 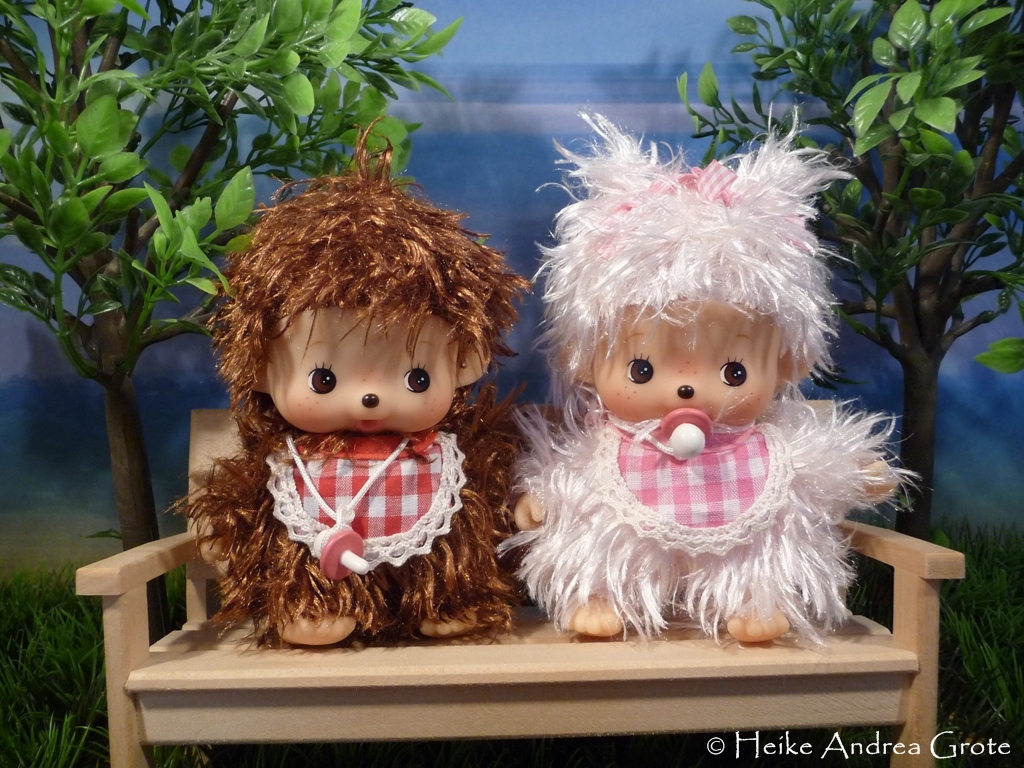 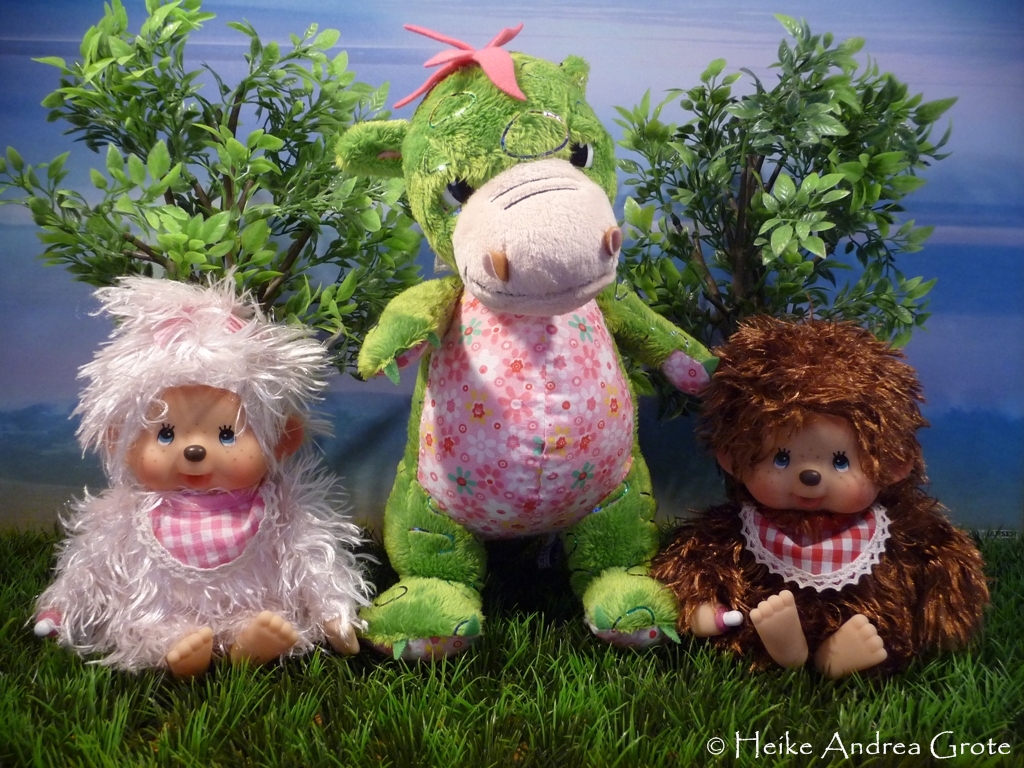 Suddenly a dragon girl visited us. 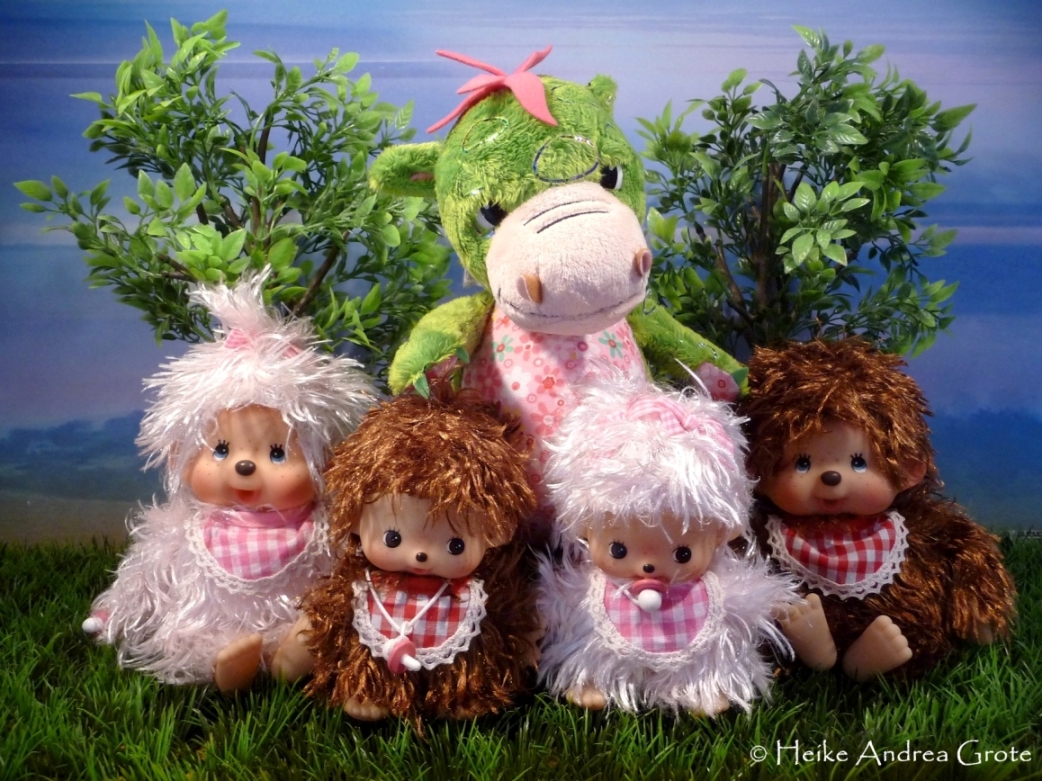 She loves to take photos! 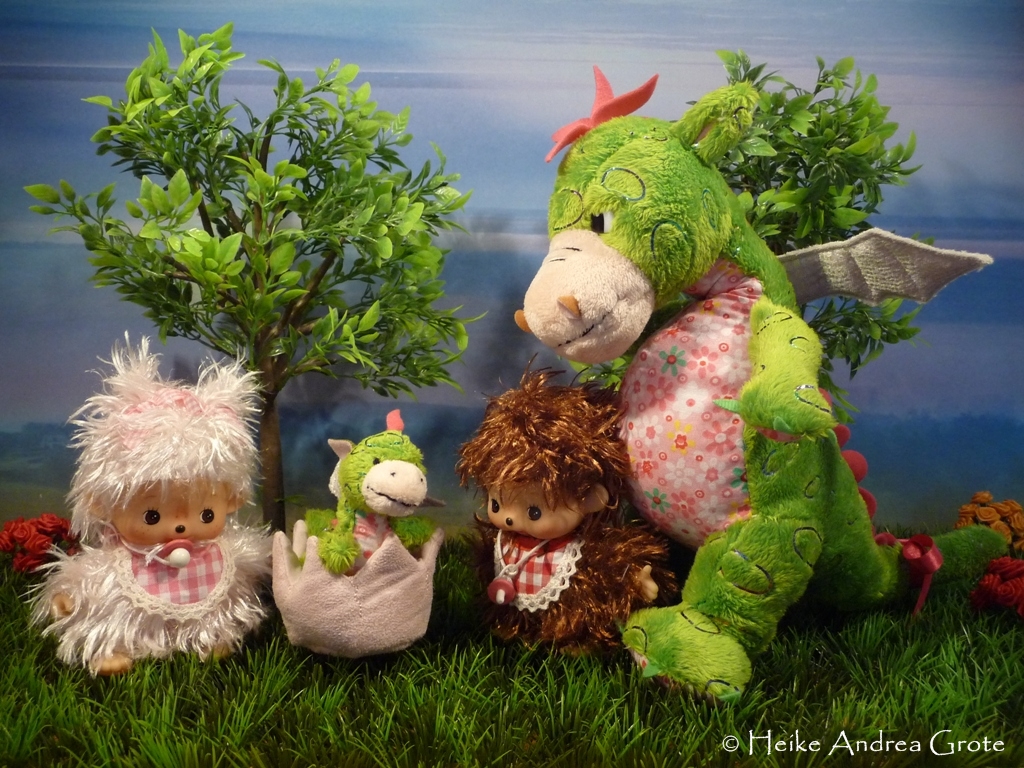 Look this is my baby girl! 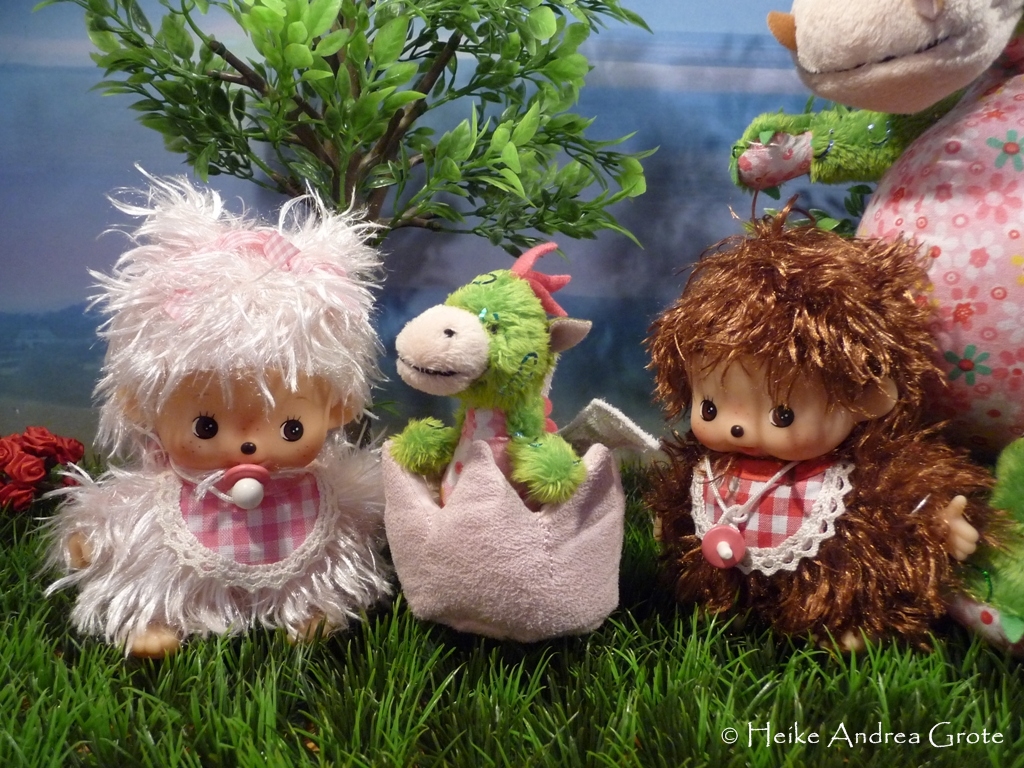 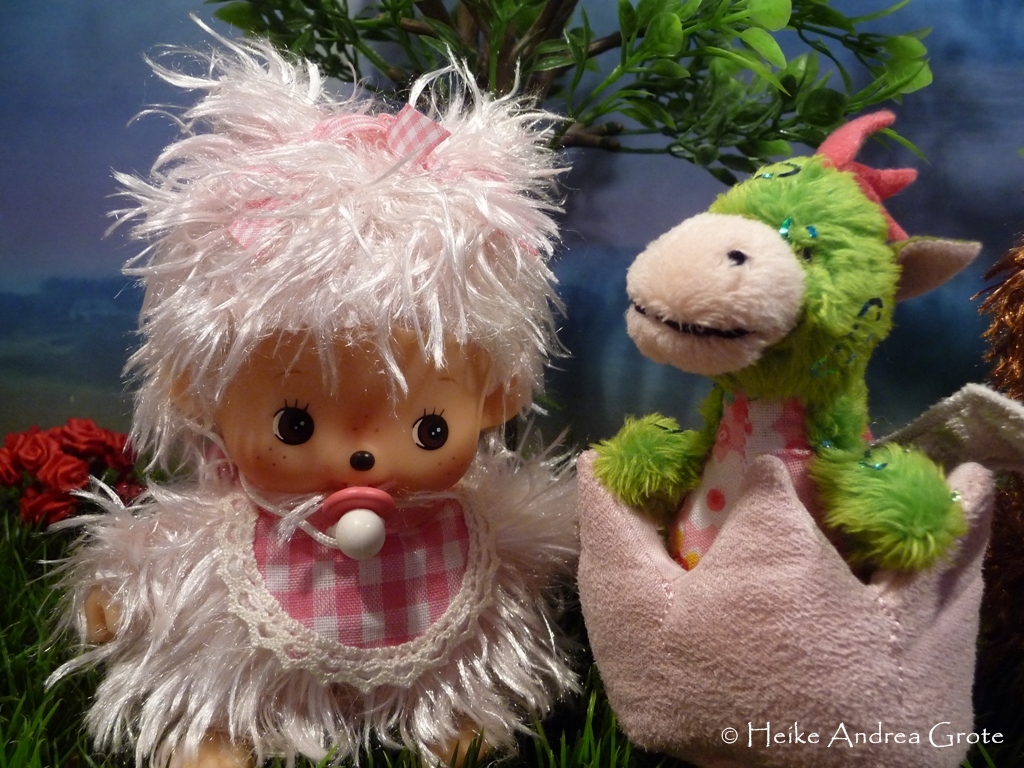 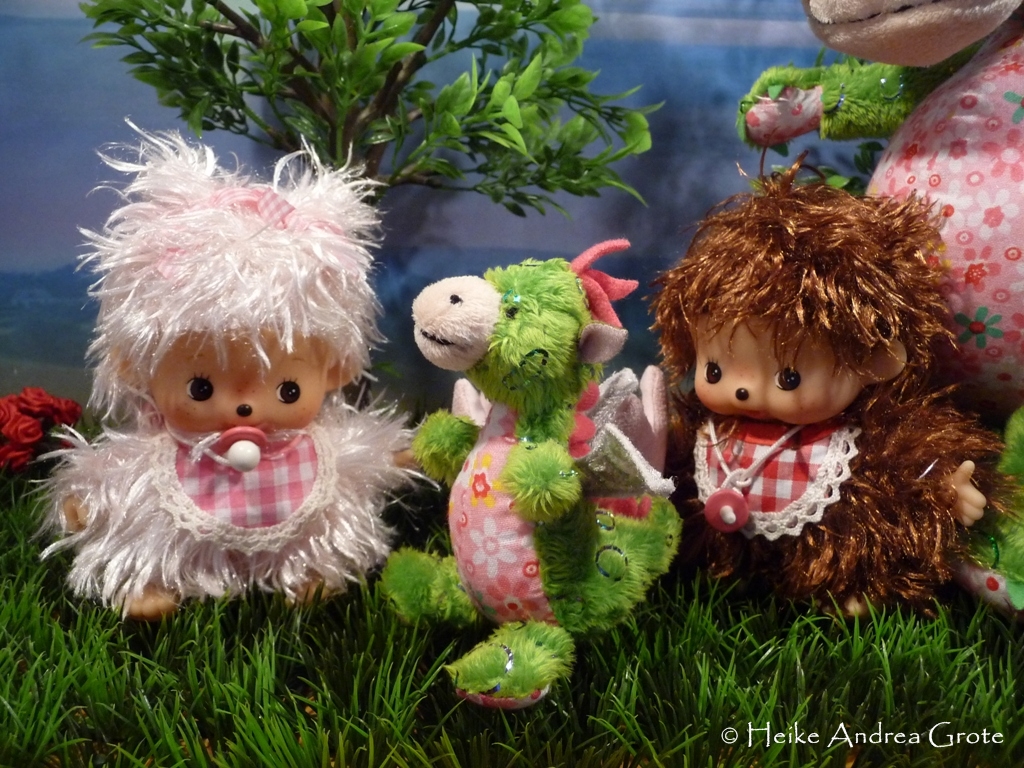 Wow, the baby dragon comes out of her egg! 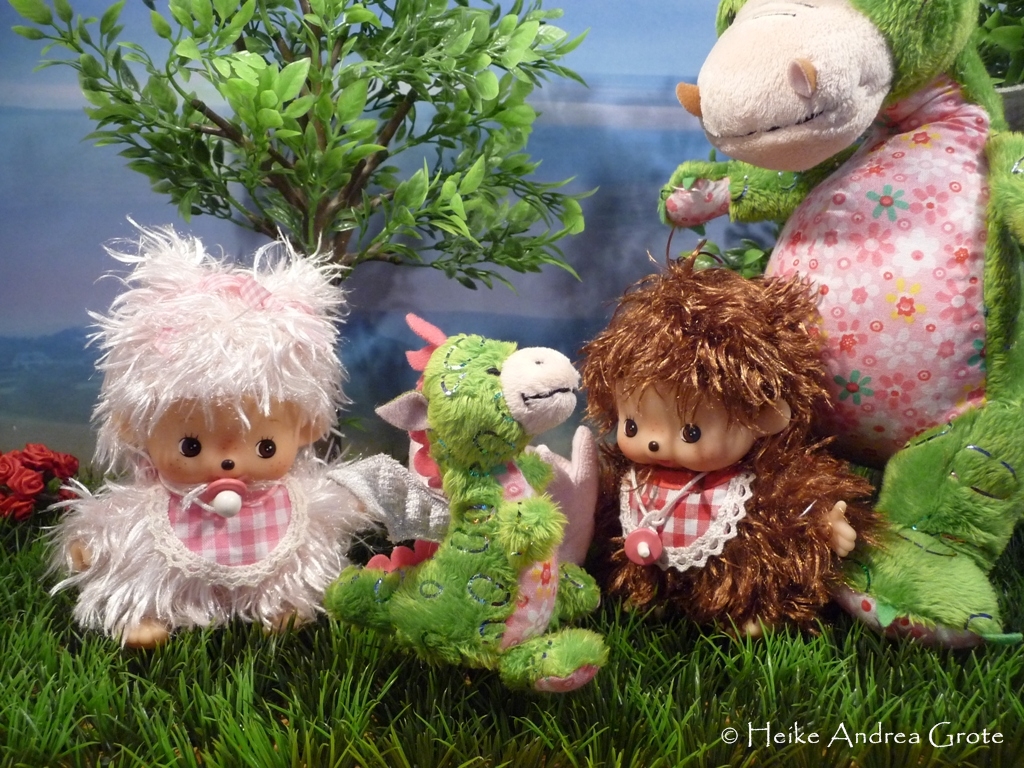 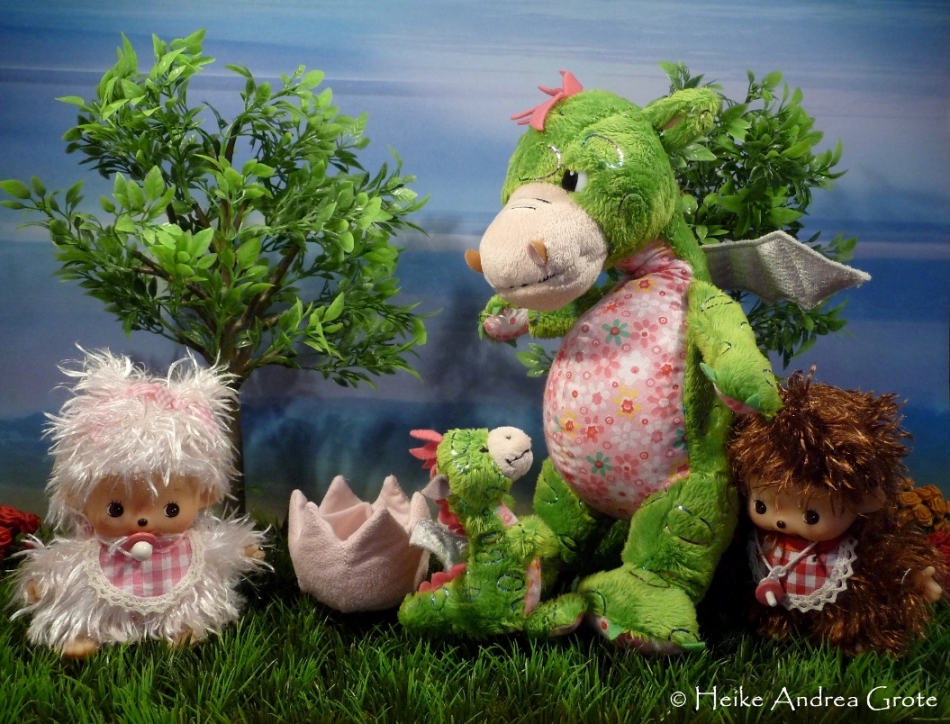 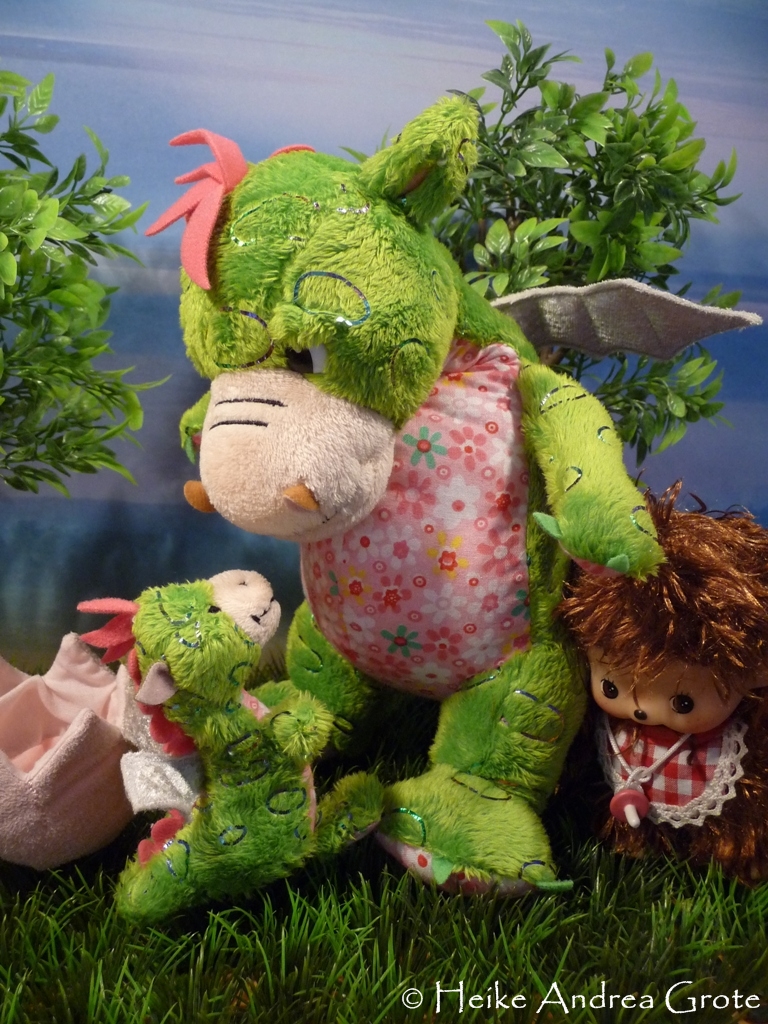 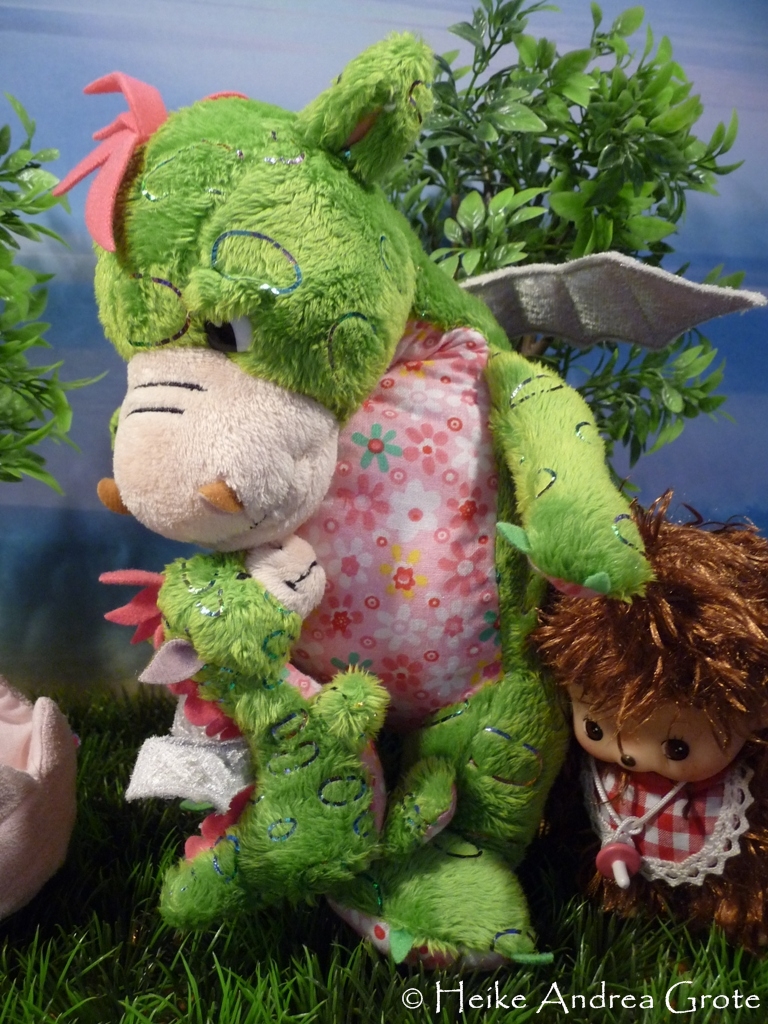 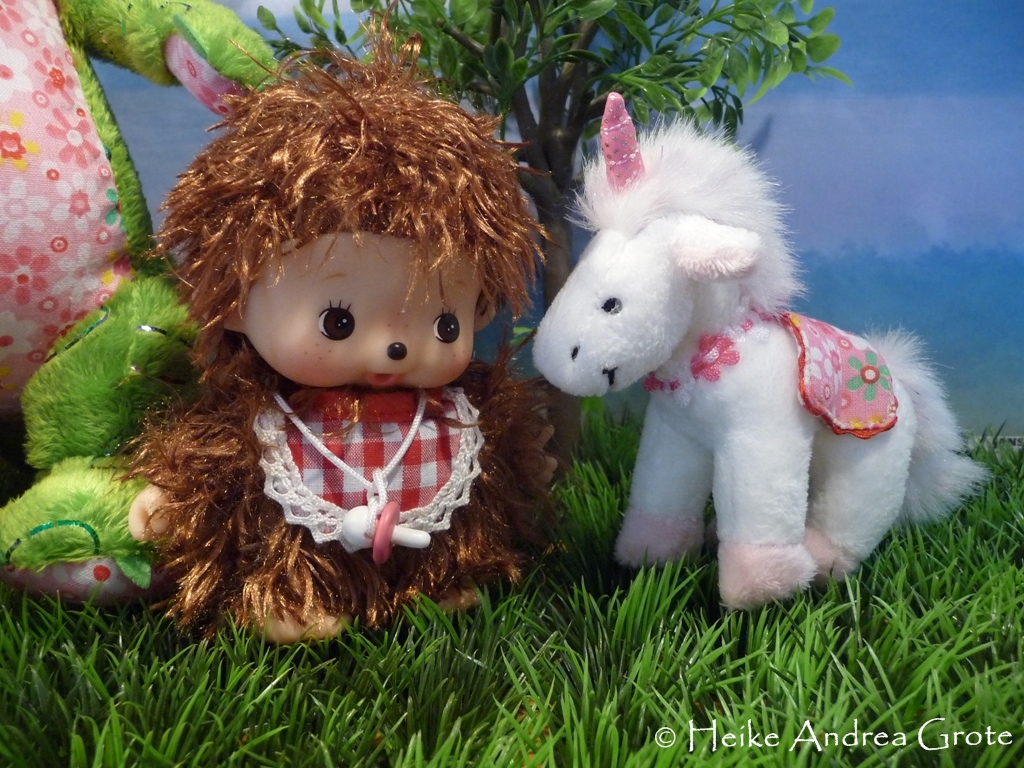 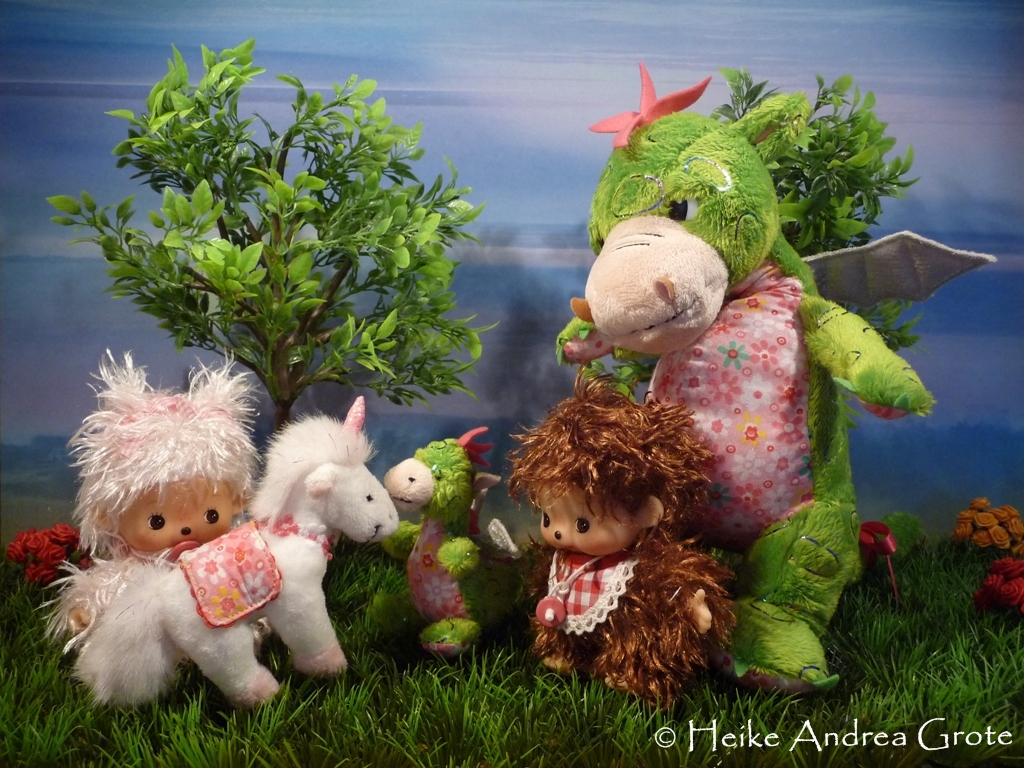 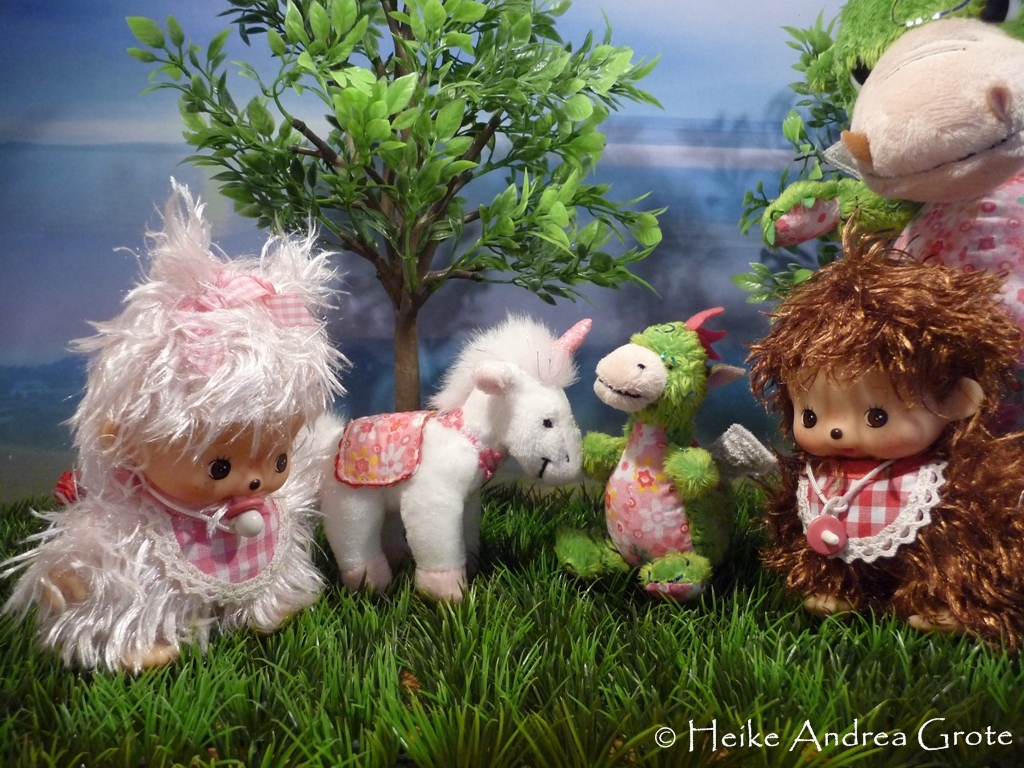 The unicorn and the baby dragon are best friends now.

Year of the dragon 2012 explanation

2012 is the year of the dragon. There are twelve animals in the Japanese zodiac (Juunishi):
the rat, ox, tiger, rabbit, dragon, snake, horse, sheep, monkey, rooster, dog and boar.
The dragon is the only mythological creature in the zodiac.
The Japanese word for "dragon" is, "tatsu" or "ryuu". There are three kanji characters to express the word, "dragon".
One （竜） is in Joyo kanji, and the other one （龍） is the old style kanji.
When describing a dragon as, "Juunishi", a different character （辰） than the previous two is used.

Dragons are a familiar motif in Japanese art, architecture and popular culture.
The "Chuunichi Dragons" are a professional baseball team. "Dragon Ball" is a manga series. "Dragon Quest" is a popular videogame series.
"Tatsu no ko Taro (Taro, the Dragon Boy)" is a famous Japanese folk tale, which was made into a movie in 1979.

A "seahorse" is called, "tatsu no otoshigo (the dragon's lost child)," since it resembles a dragon.

Here are some Japanese expressions that are related to the word "dragon":
Gekirin ni fureru 逆鱗に触れる  "Gekirin" is the scale on a dragon that grows in the opposite direction to all the others. A dragon doesn't harm humans in general, but hates to have its "gekirin" (scale) touched. It is said that if a "gekirin" were touched, the dragon would become furious and kill the person responsible immediately. Therefore, "Gekirin ni fureru" means, "to incur the wrath of the Emperor; to provoke the Emperor's wrath; to step on the toes of a man in power".
Ryuutou-Dabi 竜頭蛇尾  Is one of the, "Yoji-Jukugo". It literally means, "A dragon's head and a snake's tail". It describes a, "bright beginning; dull finish; to end in an anticlimax; a tame ending."
Touryuumon 登竜門  Literally translates as, "Climbing the Dragon's Gate". It expresses, "the gateway to success; an opening to honors". It finds its origin in the old Chinese legend about a carp, swimming up a rapid current and a waterfall named, "The Dragon's Gate", that turns into a dragon and goes to heaven.


Thanks to my friend Kaoru san,
I am so happy to have this cute Monchhichi family now.

Copyright of Monchhichi photos by Heike Andrea Grote.
You are not allowed to copy or publish them.
Thank you.